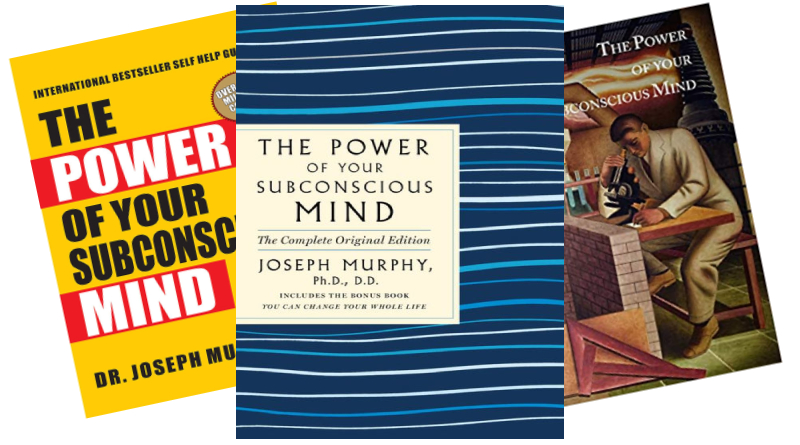 The Power of Your Subconscious Mind: With the Bonus Book You Can Change Your Whole Life (A GPS Guide to Life) by Dr. Joseph Murphy

The Power of Your Subconscious Mind is a classic self-help book that has never been out of print since it was first published over a half-century ago. In that time it has sold millions of copies.

A writer of the same class as Napoleon Hill, Norman Vincent Peale, and Dale Carnegie, Dr. Joseph Murphy has helped millions of readers to harness the immense power of their subconscious minds to positively influence their lives. By showing how simply changing your thinking can produce dramatic changes, Dr. Murphy demonstrates that the strength of the unconscious mind is almost limitless.

By focusing on your mental will, you can achieve professional success, build wealth, strengthen personal and professional relationships, build your self-confidence, and even bring about changes to your physical wellbeing—all through the power of the mind. With practical and approachable lessons, Dr. Murphy shows that the power to change your life lies within you.

This edition of the classic work also includes the bonus book You Can Change Your Whole Life in which Murphy offers a simple prescription to ban negative thoughts from your mind and, in doing so, change every facet of your life.

Dr. Joseph Murphy was a Divine Science minister and author. Murphy was born in Ireland, the son of a private boy’s school headmaster, and raised a Roman Catholic. He studied for the priesthood and joined the Jesuits.

In his twenties, an experience with healing prayer led him to leave the Jesuits and move to the United States, where he became a pharmacist in New York (having a degree in chemistry by that time). Here he attended the Church of the Healing Christ (part of the Church of Divine Science), where Emmet Fox had become a minister in 1931.

A meeting with Divine Science Association president Erwin Gregg led to him being reordained into Divine Science, and he became the minister of the Los Angeles Divine Science Church in 1949, which he built into one of the largest New Thought congregations in the country.

In the next decade, Dr. Murphy married, earned a Ph.D. in psychology from the University of Southern California, and started writing. After his first wife died in 1976, he remarried to a fellow Divine Science minister who was his longstanding secretary. He died in 1981.