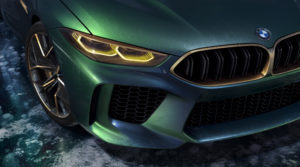 Investing In Young Entrepreneur In the Automotive Industry

Before Investing with a Young Entrepreneur In Automotive Industry, you’d need data and information to make sure you’re making the right decision, here is a question Would you invest in the Automotive business (detailing, accessories, etc)? why? and below, you can read the data that you’ll need before investing in the Auto industry.

First, most major auto suppliers derive the bulk of their sales from overseas, where car sales are still growing. Kristen Perleberg, senior research analyst and co-portfolio manager at The Leuthold Group in Minneapolis, says the median percentage of sales outside the U.S. for large- and mid-cap auto suppliers is 63 percent.

“It is this diversification across geographies that will act as a buffer if the U.S. auto industry is indeed entering a downturn,” she says.

Large auto suppliers especially have an advantage. “The large ones – the Lears, the Magnus, the Delphis – they have the diversity to grow regionally and makeshifts, leverage their niches across suppliers, customers, and regions,” says Efraim Levy, equity analyst at CFRA in New York.

From CEO Today and Indigo

The auto industry is putting millions of dollars into startups as they search for sources of innovation. Park Indigo compares the five biggest auto giants venture arms who have invested the most in the space of two decades to reveal the future of the automotive industry; who are investing the most and where.

By providing funding to startup companies during various phases of development BMW, Toyota, Ford, General Motors, and Daimler AG are ensuring that they are powering some of the most innovative technology breakthroughs for the automotive industry, ever. From safer roads to social companions, what other future changes will investment funding help to uncover?

Who are the five auto giants investing in?

The General Motors investment strategy for the past two decades has focused predominantly on autonomous vehicles.

Out of their investment total sum of $338,710,000, almost half of that, $159,000,000, was spent in 2017 on Nauto Inc; a company that claims to be rethinking transportation safety by building a data platform for autonomous mobility that makes driving safer and fleets of vehicles smarter.

GM’s next biggest spend has been on the renewables sector, spending $123,210,000 on investments since 2011 on companies including Proterra, a leader in the production of zero-emission electric buses, and Alphabet Energy, which manufacture the world’s first low-cost thermoelectric generator.

The autonomous vehicle sector receives the most cash from BMW, $177,500,000 in total, also on Nauto Inc but also on Zendrive, a smartphone-powered road safety company that uses sensors to produce measurable insights on the driving behavior of its users.

According to the graphic, Toyota Research Institute has spent $9,000,000 on investing in 2017. Unlike the other auto giants, Toyota has chosen to invest in only one area and one company; Intuition Robotics. The maker of the ElliQ robotic elder care assistant, Intuition Robotics is developing social companion technology to positively impact the lives of millions of older adults.

Toyota wasn’t the only investing giant to choose to focus its spending on a single company. Ford Venture Capital Group spent $10,700,000 in 2005 on deCarta, which provides a geospatial software platform that powers the internet, mobile, personal navigation, and location-based service applications.

Which startups are most popular?

There are a few startups who appear numerous times within the piece who have received hundreds of thousands of dollars of investment from the auto giants:

But, which of these startup favorites has received the most cash?

Which sectors are receiving the most investments?

It looks like there is a close call between the electric vehicle sector and the autonomous vehicle sector as to who has been receiving the highest amount of investment from large automotive companies.

Overall, the autonomous vehicle sector is just ahead and takes the position as the auto venture arms champion, receiving a total of $425,453,375 of investments. Electric vehicle startups, including Sakti3, follow closely behind having received a sum of $395,500,000.

The sectors that have received the least amount of investment are nanotech and ride-sharing. Since 2012, General Motors have invested $22,500,000 in Nanosteel, a leader in nano-structured steel material design.

This is the only form of nanotech investment that appears within the piece. Although the ride-sharing sector appeared various times, companies such as Carpooling.com and Ridecell received just £31,800,000 from BMW and Daimler AG.

It’s no surprise that these auto giant venture arms are investing their money into autonomous vehicles, different software, and electric vehicles as the future of automotive progress. As revolutionary designs are splashing across the markets, what auto giant will you pick for your vehicle of the future?

Well, Would you invest in the Automotive industry (detailing, accessories, etc)? and why? let’s have a discussion below. We greatly appreciate your sharing your thoughts with us.