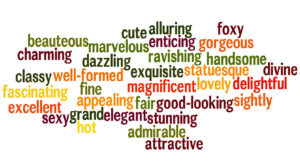 List of Descriptive Words and Phrases For Book Reviews

a bore
uninteresting or tedious talk or dull.

arrogant
having or revealing an exaggerated sense of one’s own importance or abilities.

average
having qualities that are seen as typical of a particular person or thing.

banal
so lacking in originality as to be obvious and boring.

blasé
unimpressed or indifferent to something because one has experienced or seen it so often before.

catastrophe
the denouement of a drama, especially a classical tragedy.

cliché
a phrase or opinion that is overused and betrays a lack of original thought.

commonplace
a book into which notable extracts from other works are copied for personal use.

confusing
bewildering or perplexing. make (something) more complex or less easy to understand.

contrived
created or arranged in a way that seems artificial and unrealistic.

copied
make a similar or identical version of; reproduce.

crude
simple and not skillfully done or made. (of figures) not adjusted or corrected.

depressing
causing or resulting in a feeling of miserable dejection.

dissatisfying
fail to satisfy (someone).

empty
lacking meaning or sincerity. / having no value or purpose.

ennui-inspiring
ennui: a feeling of weariness and dissatisfaction: boredom.

esoteric
intended for or likely to be understood by only a small number of people with specialized knowledge or interest. obscure, cryptic, mysterious

needs editing
A copy editor has the expertise needed to find and correct errors in spelling, grammar, continuity, flow, and punctuation.

-A one-dimensional character is one who does not have an arc throughout the story. They are the same at the end as they are at the beginning. Many characters in a typical novel or screenplay are one-dimensional. They fill small roles and are minor components that reflect the changes the main characters go through

poorly-executed
not done correctly from a technical point of view

predictable
behaving or occurring in a way that is expected.

rambling
-(of writing or speech) lengthy and confused or inconsequential
-(of a person) traveling from place to place; wandering

raw
-(of information) not analyzed, evaluated, or processed for use
-frank and realistic in the depiction of unpleasant facts or situations

redundant
-(of words or data) able to be omitted without loss of meaning or function
-not or no longer needed or useful; superfluous

sentimentalized
-treated, regarded, or portrayed in a sentimental way
-(of a work of literature, music, or art) dealing with feelings of tenderness, sadness, or nostalgia, typically in an exaggerated and self-indulgent way

holes in the plot

articulate
-able to express your thoughts, arguments, and ideas clearly and effectively
-articulate writing or speech is clear and easy to understand

be couched in something
to be expressed a particular way

chatty
a chatty writing style is friendly and informal

clean
clean language or humor does not offend people, especially because it does not involve sex

compendious
formal short but containing all that is necessary

crisp
crisp speech or writing is clear and effective

diffuse
formal using too many words and not easy to understand

discursive
including information that is not relevant to the main subject

eloquent
expressing what you mean using clear and effective language

epistolary
literary relating to the writing of letters

fluent
expressing yourself in a clear and confident way, without seeming to make an effort

formal
correct or conservative in style, and suitable for official or serious situations or occasions

grandiloquent
formal expressed in an extremely formal language in order to impress people, and often sounding silly because of this

have something/a lot/nothing etc to say for yourself
to be fair/very/not at all keen to talk, especially about yourself and your reasons for doing something

idiomatic
expressing things in a way that sounds natural

in
using a particular type or style of writing

inarticulate
not able to express clearly what you want to say

inarticulate
not spoken or pronounced clearly

incoherent
unable to express yourself clearly

journalistic
similar in style to journalism

learned
a learned piece of writing shows great knowledge about a subject, especially an academic subject

literary
involving books or the activity of writing, reading, or studying books

literary
relating to the kind of words that are used only in stories or poems, and not in normal writing or speech

lyrical
having the qualities of music

parenthetical
not directly connected with what you are saying or writing

pejorative
formal a pejorative word, phrase, etc expresses criticism or a bad opinion of someone or something

prolix
very formal using too many words and therefore boring

punchy
a punchy piece of writing such as a speech, report, or slogan is one that has a strong effect because it uses clear simple language and not many words

roundly
in a strong and clear way

sententious
-given to moralizing in a pompous or affected manner.
-formal expressing opinions about right and wrong behavior in a way that is intended to impress people

slangy
informal containing or using a lot of slang

stylistic
relating to ways of creating effects, especially in language and literature

succinct
expressed in a very short but clear way

vague
does not clearly or fully explain something

vaguely
in a way that is not clear

with tongue in cheek
-intend it to be humorous and do not mean it seriously
-in an ironic, flippant, or insincere way

worded
expressed in a particular way